A high-level delegation from the Nigerian Armed Forces led by Rear Admiral OH Ngalabak- Chief of Defence Civil Military corporation and Rear Admiral N.J Bala paid a courtesy visit to Prince Ned Nwoko to promote Civilian-Military partnerships in their bid to eradicate malaria and upcoming projects which include the Unsung Heroes Concert scheduled for 11th January 2020 and the visit to military base at Maiduguri. 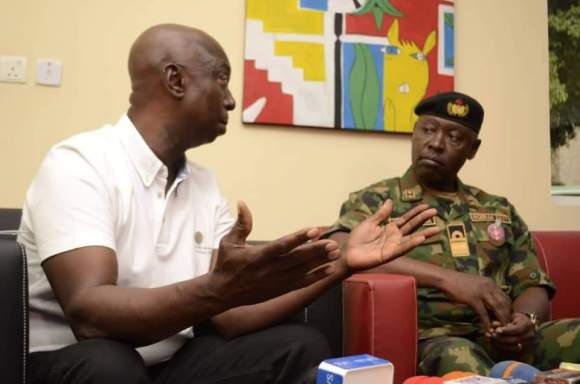 The Military personnel noted that forest is a breeding ground for mosquitoes so they are not only fighting the insurgents but also fighting against the scourge of malaria in the forest and on this note they decided to partner with Prince Ned Nwoko foundation to make Nigeria and Africa as a whole free from Malaria. 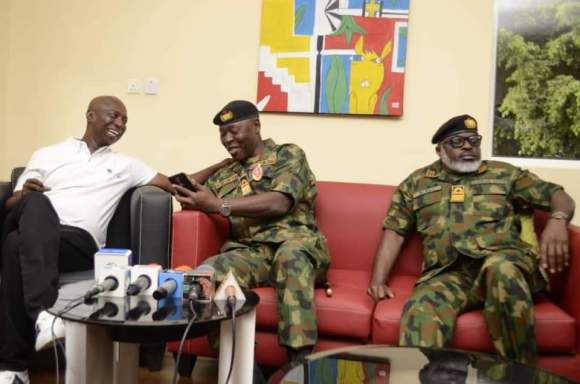 Prince Ned pledged his support to the military activities and also shared the Malaria Eradication Project with them. Prince Ned a former parliamentarian noted that the two approaches of the foundation which are funding a research for malaria vaccine to the tune of $750,000 in five universities across Africa and partnership with relevant government agencies to declare a national day or week of fumigation which will make it easier to fumigate the entire nation simultaneously are sacrosanct in eradicating malaria in Nigeria and the continent of Africa. Prince Ned will embark on Antarctica expedition with members of his team.