Senator-Elect for Delta North Senatorial District and frontline philanthropist, Prince [Dr] Ned Nwoko has been conferred with the prestigious Award of Excellence in Humanitarian Services by Who Is Who organization, under the National Assembly Impact Makers category. The international attorney and former outstanding member of the House of Representatives is expected to bring his vast experience and huge connection to bear at the 9th National Assembly expected to be inaugurated in the first week of next month [June, 2019].

At the well attended ceremony attended by the crème de la crème of society, the Delta North Senator-elect was eulogized for his numerous humanitarian services to mankind, Delta State and the nation at large including road construction and rehabilitation, the Paris Club loans refund initiative, scholarship to hundreds of indigent students, support and welfare for widows and handicapped persons, the sick and promotion of tourism and entertainment among others. They extolled the extra-ordinary philanthropic activities of the Idumuje-Ugboko-born prince especially through the Ned Nwoko Foundation. 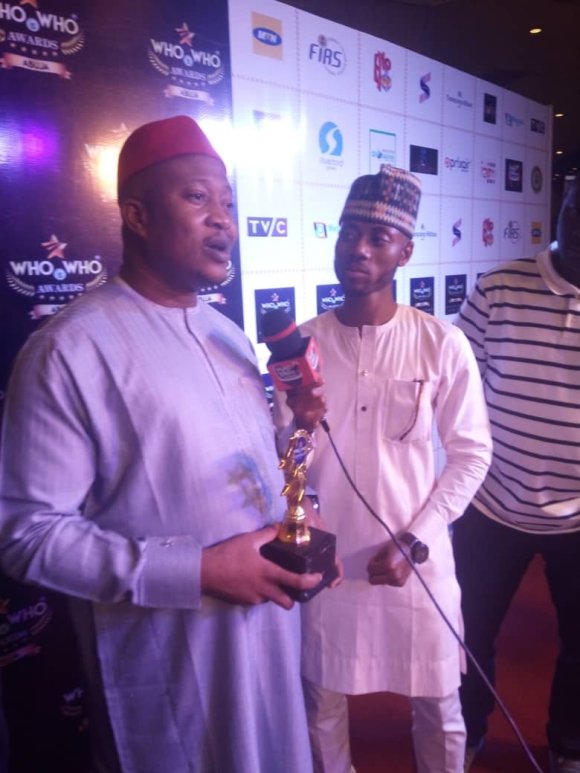 In the acceptance speech delivered on his behalf Dr. Michael Nwoko, Prince Ned Nwoko pledged his continued assistance to the needy and the society as a whole. According to him, he sees philanthropy and humanitarian works as service not just of fellow human beings but also God. He therefore thanked the organizers for appreciating his efforts.